The Professor Joins Hillary and Bill Clinton as Corruption Consultant 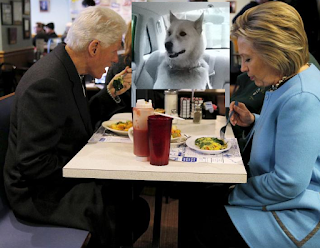 In an area of Capitol Hill referred to as Ward 6, the Professor Chuck E Boobenstein announced today that he's been officially appointed to an unpaid position as a Corruption Consultant for the Clintons (see photo eating breakfast before pandering to common folks).


You can see that Bill is more concerned than Hillary because there's no black people or women here to do selfies with, and besides, things can't be right if there's no Ninja Squirrel hot sauce. Damn it, Chuuuuuck.

So what qualifies The Professor in this unique new role?

Basically, he's made several donations on Capitol Hill in the name of the Clinton's, in fact almost everywhere. These donations, in full transparency, have been uncovered throughout the neighborhoods on Capitol Hill as well as in and around the State Buildings.

Boobenstein is on the record as making what some would call bigly donations. These gifts come in several formats, some small, some odd shaped, and some with a sort of kick-back flare that others do not have. The key point is that they were made and recorded on an actual timeline with a specific context that cannot be disputed. Don't get it twisted for God's sake. There's a lot of steak, I mean there is a lot at stake.

Coincidentally, The Professor's appointment to his new position as Corruption Consultant comes at a time when both donations and political needs collide, so to speak. Qualifications are not essential nor summarily evident in a "business-as-usual" scheme of things. Think about it, "Ya'll done YOUR business today?"

Anyway, no one has uncovered a quid pro quo backlash to consider. Please define what you think that means in the comments section.

The dishonest media, rather than continuing to dig up any more controversy about this—in what you might call a tug of war between corruption and integrity—has just come out with it:

"The Clinton's need a Corruption Consultant!"

Let me be clear-AH [in a Bernie Sanders accent], it wasn't exactly a pissing contest. The Professor has a lot of integrity and prefers to think of it as his duty to do good and give advice to the Clinton's.

Everyone knows that they have been corrupt for years and it's now time to step up their game. Hillary, who some left-wing, do-gooders concede as Our Lady of the Bad Emails, will be the de facto nominee and appointed as Queen of the Free World with no bones attached. All ballots cast will be conveniently ignored so that folks with super powers sanction the coronation in a terse wave of their hands and a secret, Clinton nod behind closed doors. Sound familiar?

By the way, all of this has been well documented and orchestrated by the DNC Chair Debbie, a purebred poodle from Florida. (see photo). 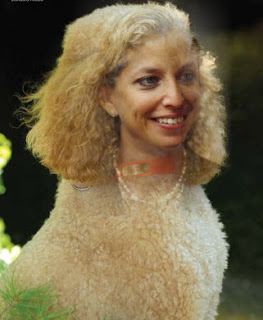 Boobenstein was against this at first but knows how to flip flop with the best of them and does not have the patience to figure out what really happened. It's in the past. Nobody knows. And besides, who really wants to dig up this crap without more fresh meat on the bones.

Ok forget it, let's be honest. The evidence has either been destroyed or folks conveniently self-imploded by virtue or no fault of their own. Think about it, a gun, a bad life, the scandal. Let's not go there.

The main point is that The Professor is going to help the new Clintons, in a 3.0 [three dot oh], hipster, I can Tweet better than you, start up, free-trade kind of way and come up with a strategic initiative that will hoodwink the public again. They have employed thousands to finally get the pantsuits right at taxpayer expense. We're so stupid.

One of the most popular suggestions is to secure pre-paid Harvard Law Degrees to two or more grandkids who they have now or are expecting to have. On second thought, the law degrees don't mean shit. Oops, did we say that out loud?

They've already padded Chelsea with a life of privilege, even when they were flat broke. Why not extend this for generations, like the Kennedy's?

Unfortunately, there's going to be losses to deal with and The Professor has
acknowledged one of the most prolific constituents who pre-empted this whole thing. In his opportunistic, self-serving, politics-of-personal-enrichment art form, here's the rant.

[Keep in mind that no one wants to admit they might have gotten it wrong. It's not that difficult, repeat after me, "They have been allegedly corrupt for years but there's something about them that does not change and it's not corruption." ]

Disclaimer: This appointment and the commentary are subject to a class action law suit so that if there's any personal information exposed it will eventually be redacted by a judge who has been appointed of suspicious origin and clearly has no "business" in this case. Delete when necessary to help speed things up and so no one will find out.