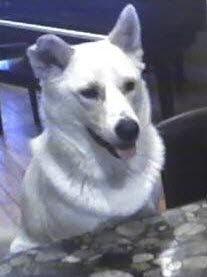 Professor Chuck E Boobenstein, from an area of Capitol Hill referred to as Ward 6, plans to put his paws down for the day to enjoy a giving-of-thanks for health, happiness, friendships, family, squirrels, great smells, and a good nap.

With no expectation for who's going be thankful or thankless, the Professor Chuck E plans to restrain his typical judgement of where people are on certain topics and not be such a heel chaser. Instead he'll let everyone "do their thing." Actually, what else would they do? (probably do something they wished they hadn't). Chuck's been doin' his thing for years and has no observable regret.

Anyway, for this day of free flowing conversation and food frenzy, he's planning not to mention how the treatise has been going, as he sorts out where it has been going for himself. Chuck's short break from this important step for tenure as a Full Professor at University (British version) has been delayed many times. Most of his constituents and sponsors keep crossing their fingers that he'll not slip back into the "research" stage of his never-before-talked-about findings. Sometimes under pressure, the comfort of doing what's known can be much easier than continuing to dig up new ground.

To prepare for the day, Chuck has decided to put together a list of the things that might be neutral to banter about. For example, the Royal Wedding Engagement—who's not excited about that—or the whole Palin invasion—who is excited about that? He'll recommend switches to the more mundane as needed, like the pros and cons of stuffing cooked inside the turkey vs out. Does it really matter? How about a nice "pat down" before air travel—jeez, some folks pay huge sums of money for such things, lose their jobs, and then end up as prime-time news anchors with a Parker. Not sure if that's name dropping or drooling, but what happened there? (Elliot Spitzer on CNN?)

Before anyone gets too out of control with indulgence, Chuck will make sure everyone has their up-to-date health insurance cards on hand. No one wants to end up in an ER without insurance or do we have that now? Kinda hard to figure out. Hmn, after all the complaints about spending the last holiday season sorting this out instead of finding jobs, sounds like we're going to spend a great deal of time unsorting this out instead of finding jobs. Oh well, maybe not a good idea to discuss this one as a whole group.

As Chuck looks forward to the day, he'll be fine no matter what happens—most likely eating more than he wanted to as usual and in some cases food'll just end up falling right on him or near him (in mid air) as he dodges around the kitchen mess. This year with only minimal effort, he'll find out more than he knew before about the others around him, and end up being thankful for more than he ever could imagine.
Posted by Professor Chuck E Boobenstein at 3:11 AM 1 comment: