Boobenstein's Plea to the US Congress

The Professor's Perfect Plan for Congress 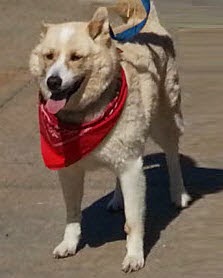 In an area of Capitol Hill referred to as Ward 6, Professor Chuck E Boobenstein announced his Perfect Plan (PP) for the "Do Nothing" Congress of the United States of America (see photo).

Basically The Professor was able to dig up this PP solution by focusing on what these two legislative branches have been tied up with recently—Budgets, Education, Foreign and Domestic Affairs, Healthcare, Voting, Immigration, Environment, Emissions, Transportation, Forestry, Taxes and whatever else you can name.

One of his favorite Dogpublicans states, "We're at a stand still with just about everything in quite complicated knots."

Instead of spinning wheels and arguing back and forth across the aisles and spending millions in media campaigns with positioning rhetoric funded by the big wheels of corporate machines, the US Congress should in fact "do nothing" and we'll be much better off.

The Professor implicates something quite profound. We're all just fed up and realize that a "who's-wagging-the-dog" scenario has griped the nation. Think about though, if our Congress in fact did nothing—that is of consequence, we just might be better off.

For example, instead of fighting back and forth into gridlock on most issues, they could do activities where everyone wins. The funds in limbo could be given to seventh and eight grade socials studies classes to distribute as they see fit—talk about reality-based learning, a direct hit!

Back to Congress, a favorite childhood game comes to mind, "Ring Around the Rosy." Afterwards they could state their name and then come up with a fruit or vegetable that begins with the same letter and then start using that name instead. Just to make it more adult, they would have to match both their first and last names, and if they could not come with a fruit or vegetable, they could use the name of a candy or basically anything that comes to mind.

For example, John Boehner could go with "Jujube Butternut." Harry Reid could be "Hazelnut Rhubarb" (see, he was creative and used a nut for his first name). Ok, so you get the picture now and you gotta' admit, this is brilliant. Good job Chuck!


Another all-time favorite to keep things moving would be square dancing. They would have to pick a partner across the aisle, same sex or not, and if they could not do that on their own, they could just "count off" as odd and even partners and then the music begins. They would have to have a very neutral figure like Barney or Sponge Bob to do the calling. At the end of the dance, they could have some apple pie and maybe watch a baseball game.

The Professor has been a thought leader for years on these kinds of core issues and has been called in a number of times to help with some of the misgivings that we've faced over the years as constituents:

Posted by Professor Chuck E Boobenstein at 7:56 AM